How Does Your Grass Grow?

As we head further into spring, the landscape begins to green up with early spring growth. Pastures change from being brown and seemingly dead and give way to green grass coming out of dormancy. After 6 months of little to no pasture growth and having to provide just about everything that our grazing animals need to eat, the temptation to turn livestock out can become hard to resist. It might seem harmless to do so, but the long term effects to the grazing season and pastures can be devastating.

Plants used stored energy in their roots to send up the first growth of spring. Those green leaves then capture energy in the form of sunlight through photosynthesis. The leaves have a big job to do when it they first appear, they need to maintain the plant as well as replenish the energy in the root reserves and fuel new growth. So when a grazing animal, whether it be livestock or wildlife, takes that first bite of a plant that just had a leaf or two emerge, it is setting the plant back because it has not had the opportunity to top off its stored energy.

So how do we know when it is time to graze? There’s no simple answer to that question, but a good place to start is to know what the dominant plant species are wherever you plan to graze. The growth habit of the plants with the number of leaves present is a good indicator as to whether or not the plant has had enough time to put enough leaves out to restore its carbohydrate reserves in its roots. On a plant like Tall Fescue it might only be 4 or 5 leaves, but if a field is dominated by a plant like Smooth Brome, it might be 8-10 leaves. Alternatively and probably the easier thing to do is to go with the height of the plants. Personally I try to use a combination of both observations and usually hold back animals in sacrificial areas until we have at least 6- 8” of new growth and have as many leaves on a plant possible. And then the spring race is on to keep forages in their vegetative state as long as possible. Not only is this grazing management relevant to spring grazing, it is also relevant to grazing for the rest of the year. Time is the one most important management criteria that all of us involved with agriculture (and life in general) need to be keenly aware of. Equally important is to ensure that livestock don’t eat every inch of the plant as well. Allowing plant residual to remain so that it can recuperate from a grazing event is important otherwise the plant can weaken to the point that it dies off and weeds will come in and take its place. This management of spring grass isn’t just for spring time. It also applies throughout the year as we graze landscapes. Allowing the plant to recover through thoughtful management is a grazier’s second best friend, only behind water.

If the forecast predictions for this year are accurate, 2021 could be a rough year for raising livestock. Art Douglas, who has been a long time fixture with the Spokane Ag Expo, has predicted a relatively dry March and April continuing into summer with hot and dry conditions as well. So far I would say his forecast has been accurate. If you’ve lived in the area for anytime now, this doesn’t sound much different from the “usual”. But then think about 2015 when the fire season was exceptionally bad and those who graze animals were feeding hay by July. Can your pocket book afford to pay for 9 months of hay? I know mine can’t, not to mention that scarcity will drive up price.

The saying “nobody went broke in a drought with having too much grass” is good mantra to
keep in mind with grazing, even when there isn’t a drought. Managing when we graze our plants is one of the things we have real control over which we can reap rewards or have failures from. Along with combining the soil health principles that regenerative agriculture embraces, we can have full bellies on our animals, keep money in our pockets, and build resilient landscapes. 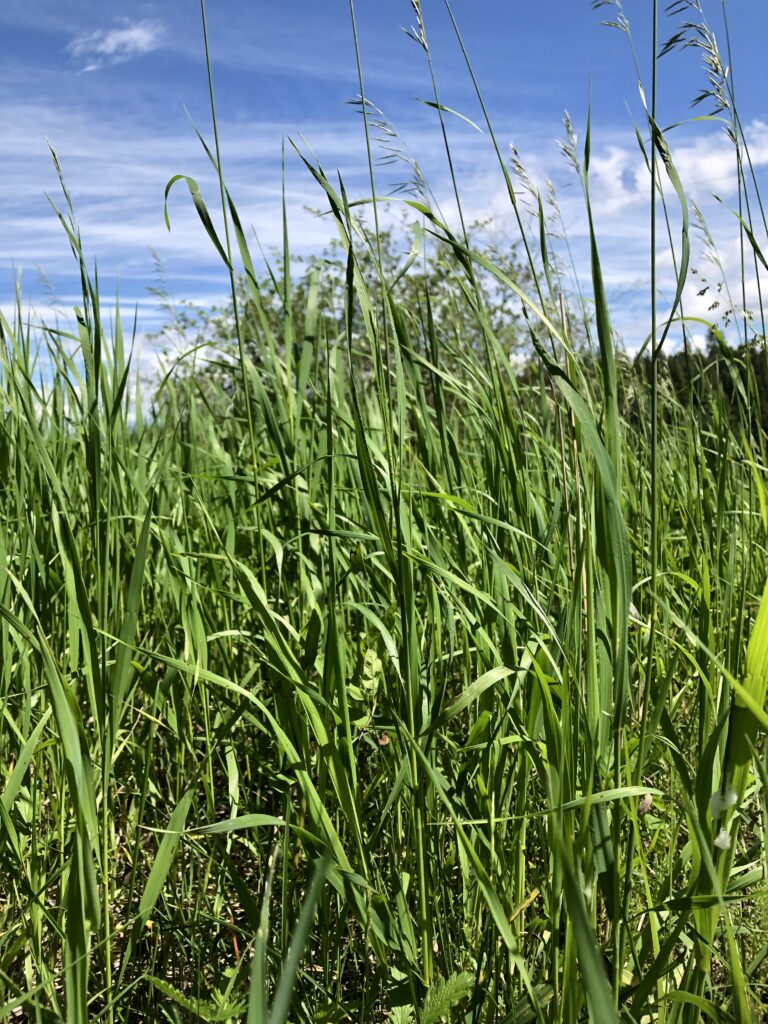 Gregg owns and operates Ola Aina Farms as a regenerative based agriculture operation currently in Chewelah, Washington. Focusing on land management through the use of livestock (primarily sheep), Gregg produces climate adaptive and nutrient dense food while improving soil health and water management. As a secondary farm enterprise, he also sells electric fence supplies and is active in the community with a monthly regenerative agriculture-based column in the Silverado Express and volunteers as a Firefighter / EMT.